Are you counting calories, points, or nutrients?

Did you know that according to Weight Watchers, I could eat 900 cups of grapes and it wouldn’t count toward my daily allotment of points but a measly two tablespoons of ghee would use up half my allotted points for the day?

Does anyone else find this a little ridiculous? Now, yes, I’m sure they encourage common sense when participating in the program and I imagine most people would know that 900 cups of grapes wouldn’t be good for them (or even actually possible to consume), but the fact that the rules of the program technically allow for this has me 🙄🙄🙄🤦‍♀️🤦‍♀️🤦‍♀️. 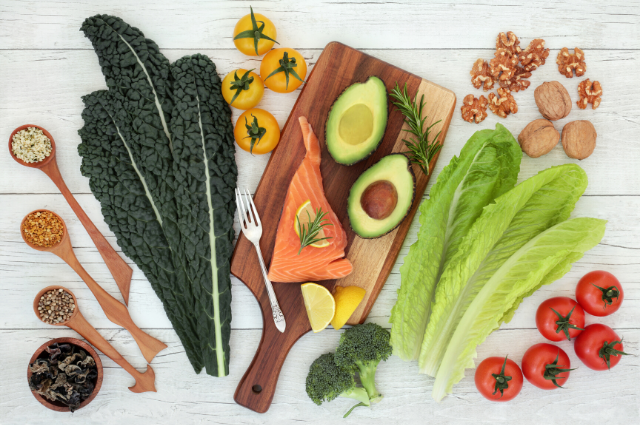 The problem with this approach is that it completely ignores the hormonal response our bodies have to food. It assumes the human body is operating in an isolated system, which couldn’t be farther from the truth. I know people have had success losing weight with Weight Watchers and my intent isn’t to shame anyone who has used it and may still be using it! If it has helped people make healthier choices and learn about their bodies then that’s great. But I would still argue that some of the choices may not actually be healthier for their bodies and that it is not actually the best way to lose or more importantly maintain weight loss.

Most people who turn to WW or something similar are doing it to lose or maintain weight, right? And yes, you may lose some body weight in the process. But it is oh-so-common for people to gain it back, and then some, when they stop tracking their points.

You see, every function of your body is regulated by hormones. Why do we assume that fat accumulation is not? The idea that eating too many calories (or points, in the case of WW) will just settle on our bodies as fat is completely ridiculous and ignores human biology. In the same vein, the idea that reducing calories, or eating within your point allotment will easily result in the loss of body fat, is vastly over-simplified. If you eat 200 extra calories, how do you know that’s just going to be added to fat stores? There are any number of things that extra energy could go towards. It could go toward increasing muscle mass or bone density. It could go towards increasing the digestion of the extra food. It could go towards powering your brain or liver, or many other functions. What it goes toward will be determined by hormones. There’s potential it could be stored as fat, but that will also be determined by hormones, not just the mere fact that you ate 200 extra calories.

When you eat less calories, your body will respond by reducing energy exertion. So, if you eat 500 less calories than some app tells you you’re going to burn, your body is not going to just start burning through 500 calories of stored body fat. If that actually worked, we wouldn’t have so many people unable to lose weight or maintain weight loss. What your body will do, in it’s on-going quest for survival, is down-regulate other functions so as to conserve energy. A simple analogy Dr. Jason Fung uses in his book The Obesity Code, is to consider a coal fired power plant. It usually receives and burns 2000 tons of coal, and keeps some stored in a shed, just in case. If it suddenly only started receiving 1500 tons of coal, should it continue burning 2000 tons? That would be silly. It would quickly burn through the extra that it has stored in the shed and then would be shut down. What they would do instead, is reduce the power they generate to match the amount of coal coming in. Some lights would go dim in the city it’s powering, but there wouldn’t be a massive blackout.

The Human Body Doesn’t Operate on a Points System

So, back to the WW points. 100 calories of grapes would be zero points and 100 calories of olive oil would be about 10 points (if this is incorrect, someone please correct me). If I wanted to maintain my weight, I’d be given about 26 points per day. In addition to the “free” foods like grapes and other fruits, I could also eat things like chicken, fish, and eggs without affecting my points, so that’s good at least. But if I drizzle an extra tablespoon of heart-healthy extra virgin olive oil on my salad, I’m easily eating up (pun intended!) my points for the day. This does not at all take into account that grapes will increase my blood sugar, and therefore insulin, whose job it is is to store energy. If you are trying to burn body fat, why would you want to signal energy storage? That is exactly what insulin does. It shuttles blood sugar out of the blood and into our cells to be stored for use. Olive oil, on the other hand, does not raise blood sugar and therefore does not signal the pancreas to release insulin. It is absorbed through the small intestine and does not elicit the same hormonal response to store energy.

I’m not going to go deep into the mind games and negative thought patterns that I see people develop about themselves and food when seeking to lose weight in this way, but I do think it’s worth mentioning. It ingrains the idea in our heads that certain foods are good and we’re good if we eat them and certain foods are bad and we’re bad if we eat them. You don’t learn about what foods are right for your specific body and needs if you’re relying on an app to tell you which foods are okay to eat and which are not. It could also encourage complete disconnect from what your body is actually feeling. Maybe you’ve eaten all the points you were allotted for the day but you’re still hungry. You might either just not eat but be feeling hungry and frustrated or you may “give in” and eat even though your app told you you “shouldn’t” which might result in you feeling bad or like a failure. Which could then trigger an emotional response to just eat more, if you’re inclined that way. And those are just a few examples of how it can damage your relationship with food and your body.

To learn a little more about what these hormonal responses are and how foods affect them you can read about that in another blog post I wrote. Before worrying about how many points or calories you’re consuming, I’d focus more of your efforts on the nutrition of those calories. Are you providing the raw materials to allow your body to perform all the many functions it needs to perform? Are you supplying your brain with all the important nutrients that it needs or just paying attention to the calories – even if those calories are sugar? Are you replacing the nutrients that your body uses everyday or just focusing on those points or calories?

The human body is so complex. It’s quite amazing and we tend to look at it as this simple system of calories in vs. calories out. It’s time we start paying more attention to the quality of those calories and actually try to nourish ourselves!