Beyond Burger? No thanks.

Trying to avoid meat, especially red meat? Now you can have your burger and eat it too! I’m already cooking up my next blog post about why you have been misinformed about red meat but today I want to focus on the face-palm that is Beyond Burgers. I believe there are absolutely flaws with our food system and meat production but I do not think that Beyond Burgers or fake meat products are the answer. In fact I think they make things worse for us. Read on to find out why! 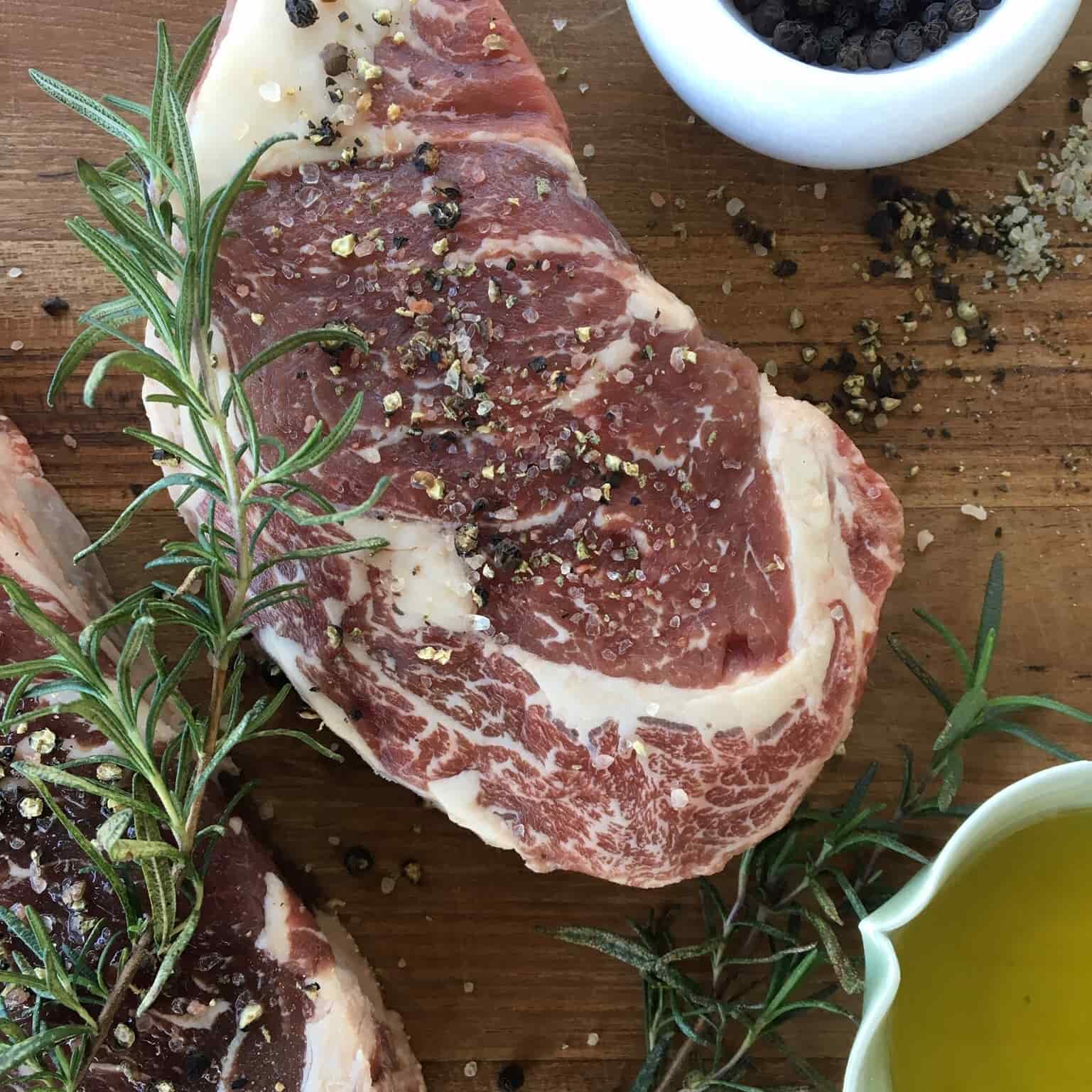 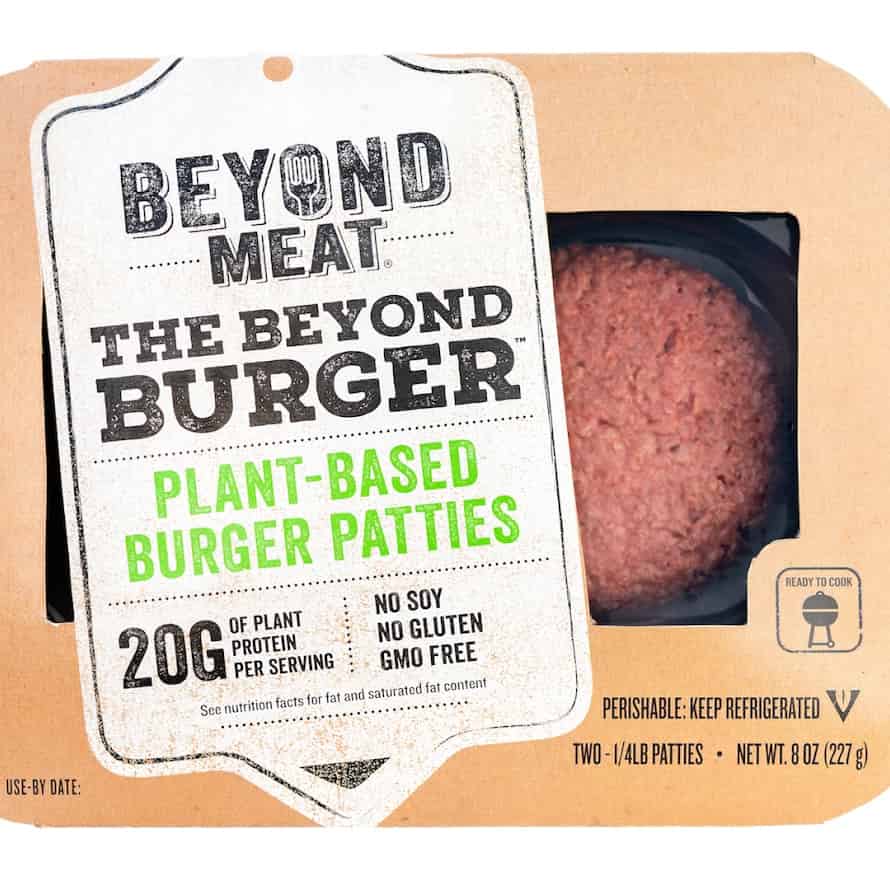 Here we have two types of food. A lovely thick steak from a 100% grass-fed farm where the family is earning a living humanely raising animals and providing food for the community. And then we have a “plant-based” burger made from highly processed pea protein isolate, industrial seed and refined oils that are totally damaged by the time you consume them, and a long list of additives to affect the flavor, color, and consistency of the burger.

If you want to eat more plants – go for it! Eat more actual p l a n t s. I can’t get behind these as a replacement for real actual meat though. Not nutritionally, not ethically, not environmentally…

Factory farmed beef is terrible for the animals, the environment, and the nutritional content of the meat isn’t great either. That’s all true. But meat from an animal doing its part in the life cycle of the earth and environment – allowed to eat its natural species diet, and especially if we can get it from somewhere close to home, is a much better option than something designed by food scientists with highly processed ingredients. We really can’t just lump all meat into one box and say “it’s bad.”

Let’s start with the nutritional differences.

First ingredient in the Beyond Burger is water. Great, no issues there. That’s about where the good stuff stops. Next is pea protein isolate. My main beef (ha) with this ingredient is that it can be hard for many people to digest well. If you have any kind of gut disturbance (allergies, autoimmune, IBS, hormone issues, chronic fatigue, mental health/mood issues all have a gut component so if you struggle with any of these, or really any health problem, you probably have some degree of gut dysfunction), pea protein isolate is not going to be very easy on your digestive system and could exacerbate your symptoms and health problems. It’s not necessarily a terrible ingredient if someone tolerates it okay but it also has to go through a process to be converted from its whole food form into this powder. As a general rule, animal foods are easier to digest and absorb, so if the choice is between beef that hasn’t been altered or pea protein isolate I’m going to choose beef.

Next we move to expeller-pressed canola oil. I am glad that this is at least expeller pressed and Non-GMO but it isn’t organic. Rapeseeds (which is what canola oil comes from), unless organic, are sprayed with pesticides that not only wind up in the final product but also are harmful to the farmers exposed to them and the environment. So I don’t love that. But, it’s at least not refined canola oil, which would be worse.

We do get refined coconut oil in these though. Some refined coconut oil is refined using steam and not harsh chemicals and is generally organic. Companies would want you to know if they were using that kind so it would say if it was. Otherwise, the refining process involves chemical solvents to extract the oil and then deodorizes and bleach to leave the final product odor and flavorless. So this is not an ingredient I can get behind.

Then we have less than 2% of a whole bunch of things. Methylcellulose is a laxative, maltodextrin is a white powder derived from any kind of starch, but likely corn (could also be from wheat so unless a product states that it is gluten free if it has this ingredient it could contain gluten). It can disrupt beneficial gut bacteria (1) and has zero nutritional value. It’s there to be a filler or preservative, but our bodies need nutrients, not fillers and preservatives. Vegetable glycerin is made from soy, coconut, or palm oils (2). Likely refined versions of those. So again, highly processed product with zero nutritional value. Modified food starch could also be from various sources and goes through a process involving various chemicals. And yet again, zero nutritional value. And then there are several other ingredients for color, natural flavor which could be any number of not so natural things (this term is not well regulated at this point), and sunflower oil which is also, unless otherwise stated, a highly refined industrial seed oil that is inflammatory to our bodies. And all those starches, additives, gums, preservatives, etc. have an effect on our gut microbiome. They are not natural foods.

Now, let’s look at the nutritional profile of grass-fed beef.

We have one ingredient: beef. It provides bio-available b vitamins, iron, zinc, antioxidants, omega-3 fatty acids, CLA – a fatty acid that fights inflammation, boosts the immune system, and assists in weight loss. People tend to think that red meat is high in saturated fat (which isn’t necessarily a bad thing anyway) but it’s actually quite possibly higher in monounsaturated fatty acids, the same fatty acids found in extra virgin olive oil (3). The fats in grass-fed beef can help raise your protective HDL cholesterol. There’s a lot of great stuff in that grass-fed steak!

The next reason many people are choosing fake meats like Beyond Burgers is for ethical reasons.

This is a much bigger topic than what I’m going to get into and I absolutely respect people struggling with eating animals. If you choose not to eat meat or fish because you can’t stand the thought of an animal dying for your food, I get that.

But, to pretend that there is no death involved in the production of fake meat (or any other plant-based product for that matter) is not being aware of what’s really going on.

That ignores the bees and insects killed by pesticides sprayed on many of those ingredients. That ignores the little rodents living in the fields where the peas, corn, wheat, etc. are grown getting killed by machines used to harvest those crops. There is always death in food production. If I can consume meat from an animal that I know had the life that animal deserves and was harvested in a quick and painless way, I feel I am making an ethically sound decision.

I do realize this topic goes way beyond one paragraph and I definitely will not pretend to be ethically superior in all areas, not. even. close. I know I need to do better in many ways. I just don’t think choosing these fake meat products instead of grass-fed beef is the more ethical thing to do.

Lastly, many people tout the benefits of Beyond Burgers from an environmentally sustainable standpoint.

Like the ethical reasons, this is a complicated, nuanced, and beyond-my-scope-of-knowledge topic but given what I’ve learned, I believe seeking grass-fed, especially local meat is better for the environment than buying a package of beyond meat. Think of the energy that goes into the production of those processed ingredients. Where were those crops grown? How much transportation was needed to get all those final products to your plate? If more people turn to the fake meats that will mean more crops needed to provide the ingredients. So that means more mono-crops grown over and over again on soil that becomes depleted of minerals. And that doesn’t take into account the pesticides sprayed over and over. Is that sustainable?

Additionally, 60% of the world’s agriculture land is only suitable for grazing livestock (4), not for growing crops. If those lands are used for crops, within a few years the land is “exhausted” and no longer suitable for crops OR grazing (4). Grazing animals on these lands actually helps the environment by increasing biodiversity and improving the water-holding abilities of the soil. A recent study of a farm utilizing regenerative grazing practices found that they actually absorb more carbon than they omit, when taking into account all greenhouse gases of their farming operation (5).

I absolutely believe that the way most livestock are raised in this country is terrible. CAFOs (concentrated animal feeding operations) are horrendous for the health and treatment of the animals, for the environment, and not great for our own health either. This needs to change but I don’t think the way to do is by putting our resources into designing and producing fake meats.

What if our money, time, and technology went into regenerative agriculture, which can actually benefit the environment, instead of creating more processed food that only further pollutes our earth, depletes our soils of nutrients, and fills our bodies with unhealthy ingredients?

If you are choosing Beyond Burgers or something similar for environmental reasons, I’d suggest using your dollars to support farmers who are utilizing practices that enhance the health of the environment and show respect for the animals they raise.

I have no problem with someone wanting to consume less meat, if that’s what feels best for them. If you want to eat more plants, go for it! Eat more actual plants, not these highly processed and refined fake burgers. You could make a burger patty out of beans, sweet potatoes, and/or quinoa or something similar. What doesn’t make sense to me is choosing a Beyond Burger because it’s healthier or better for the environment.

What do you think? Have you tried these burgers? Does any of this resonate with you or do you disagree?