Do you find it harder to lose weight the older you get? I don’t know how many times clients have told me they used to be able to eat whatever they wanted and wouldn’t gain a pound when they were young but eventually it started to creep on.

Often this just gets chalked up to getting older, a slowing metabolism, or menopause.

While those all may be a part of the equation, the real reason that it’s harder to lose weight as you get older is because of how hormones are behaving in your body (Other factors can be at play too like inflammation, stress, leaky gut, etc. although all of those will be influencing your hormones).

But it isn’t just that your hormones are changing as a result of getting older and you just have to live with it, they are responding exactly as intended, based on the conditions you set through your lifestyle.

There are several hormones that play major roles in your body’s metabolism. The big daddy when it comes to fat storage is insulin which I’ve talked about before. Insulin is released by your pancreas in response to blood sugar rising and is tasked with getting the sugar out of your blood and into your body’s cells to be used for energy. If those cells are already full of sugar, insulin will have to facilitate the storage of that energy somewhere else → fat cells.

I could go on about insulin but today I want to focus on another hormone that plays a major role in whether your body is storing or burning fat. Leptin is a hormone that is secreted BY your fat cells. Yes, your fat actually produces and releases messengers and is an endocrine organ. It serves a purpose. We often get mad at our bodies and fight against them when really they are just responding the way they are supposed to biologically.

How Leptin is Supposed to Function

Leptin has short and long term functions. In the short term, leptin helps regulate appetite by suppressing the hunger hormone ghrelin when leptin is high and increasing hunger when leptin levels are low. Long term, along with insulin, leptin keeps your body weight stable just like heat and AC keep your house temperature stable. If you set your thermostat to 70 degrees and it gets too cold outside the heat will come on inside. If it’s too hot outside the AC will come on inside, keeping the house temperature the same. It does this by telling your brain when fat stores are sufficient or when they are too low. 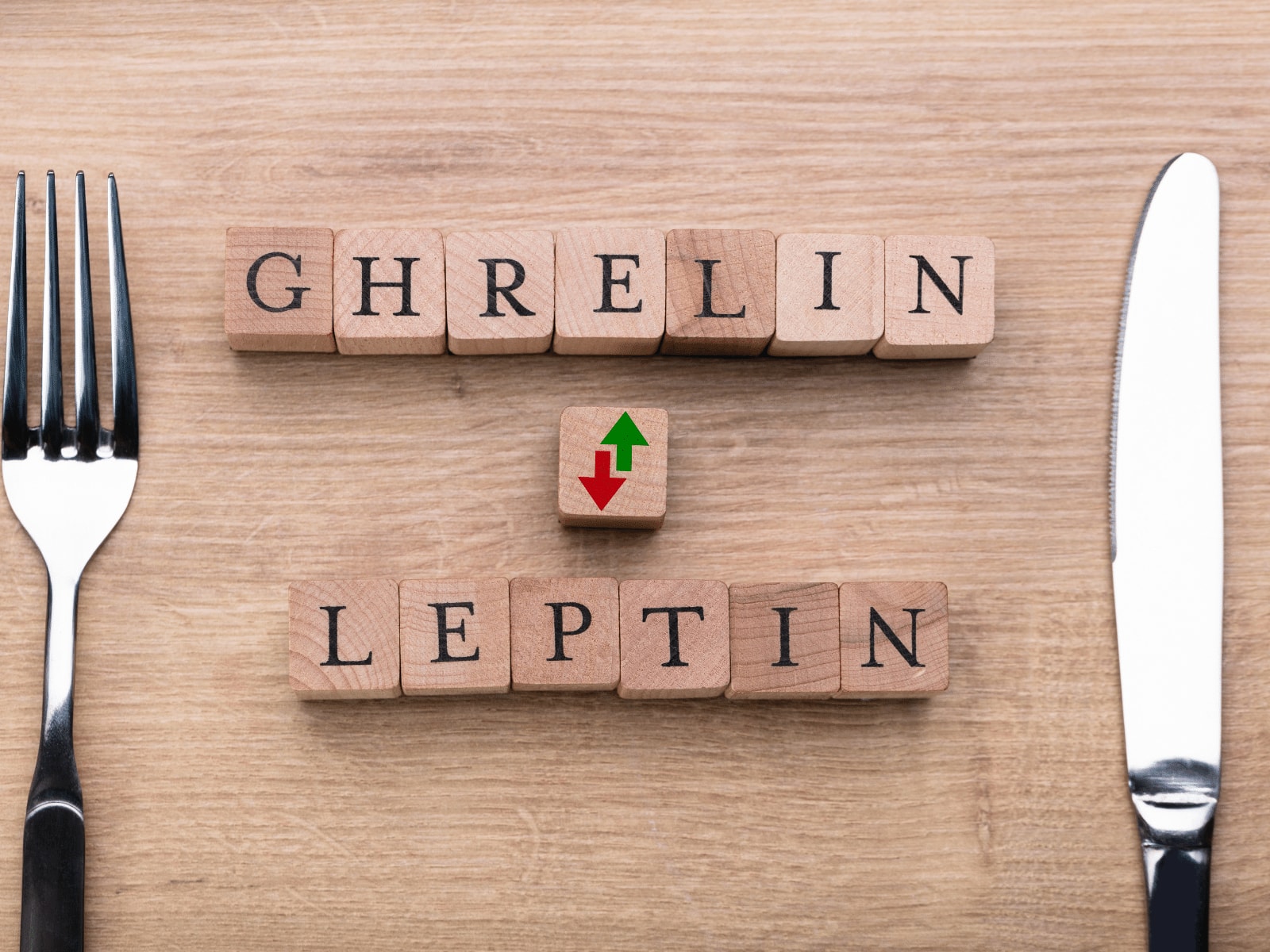 Leptin comes into this situation by helping to regulate that process. The level of leptin circulating in your blood will determine whether your brain thinks you need more or less food. More body fat means more leptin. Higher levels of leptin signal that you have enough food and will turn down hunger. It will also signal to your brain that you have enough stored energy (fat) and you can begin burning through that.

But that’s not what’s happening is it?! You’re probably thinking, “I have plenty of extra fat so why do I still feel hungry and why am I not burning through this fat??”

If you’ve heard of insulin resistance, it should make sense that you can become leptin resistant as well. Over exposure to anything, but in this case a hormone, can trigger a resistance to it.

The more alcohol you drink the more it takes to feel its effects.

The more drugs someone takes, the more they need.

The more sugar you eat, the more you need to get the same “hit.”

The more insulin your body produces to deal with the sugar in the blood the more your cells become resistant to it. This leads to more fat storage.

The more fat your body has, the more leptin that will be released constantly and your brain will become resistant to its message.

This is why you can have plenty of body fat but still feel ravenous and feel like your metabolism is at an all time low. You have plenty of leptin in your blood but the message isn’t landing in your brain so your brain THINKS that leptin levels are low and INCREASES hunger and SLOWS DOWN metabolism.

It may feel like your body is working against you but this is really just about protecting you and keeping humans alive. Before we had the modern lifestyles we do, this process of leptin and insulin worked well. People ate larger amounts of food when it was available or when they hunted/gathered it. Leptin levels then increased and their brains got the message that the body had enough to eat and enough stored fuel. Insulin levels would be higher during that time as well because that is how they were storing that energy. Then, when food wasn’t as readily available, leptin levels would fall, insulin would fall and they would burn more body fat to give them energy. The lower leptin levels would also signal to the brain that it was time to store energy again which would then ramp up appetite and encourage them to go find food.

Now, we have food everywhere all the time. Not only that but we have high sugar, high starch, high refined “food” available all the time. We start eating a lot of sugary foods as kids and it seems we can “handle” it because our bodies are more equipped to deal with the hormonal response to these foods. Kids are also very active and growing so their bodies are more sensitive to hormones like insulin and leptin.

BUT the continued consumption of refined carbohydrates and sugar for years and years will gradually start to override these hormonal feedback loops. Insulin or leptin resistance doesn’t happen overnight, it’s a gradual creep that starts to change the body’s set weight up and up and up. 20 years later you’re left wondering why you can’t lose weight and why your metabolism has slowed down. If we ate and lived in a way that was more in tune with our natural biology, this wouldn’t be the major issue that it is.

So What Can You DO?

The best way to get your brain more sensitive to leptin is to take steps to lower insulin. Whether you know your insulin levels or not doesn’t necessarily matter. If you have excess body fat (like, actual excess body fat), you could make lifestyle decisions as if you have high insulin. How do you do that? You eat foods that don’t require much insulin (low glycemic vegetables, high fat foods, moderate amounts of protein), and you don’t eat all the time. Ditch the advice to eat small meals throughout the day. All that is doing is increasing insulin 6 times a day instead of 2 or 3 from a few dense meals. Practice intermittent fasting by increasing the amount of time between your dinner and then the first meal of the next day. You do not need to eat breakfast first thing in the morning and if you are needing to lose body fat, I’d suggest holding off until later. That, along with a higher fat, low carb, moderate protein way of eating is a great recipe for helping your body become more sensitive to insulin AND leptin. You can absolutely adjust how hormones are produced and received in your body, but you DO need to make the necessary changes to align your lifestyle with your biology.

Need help doing that? Contact me to set up a free consultation!