Time Your Carbs for Fat Loss 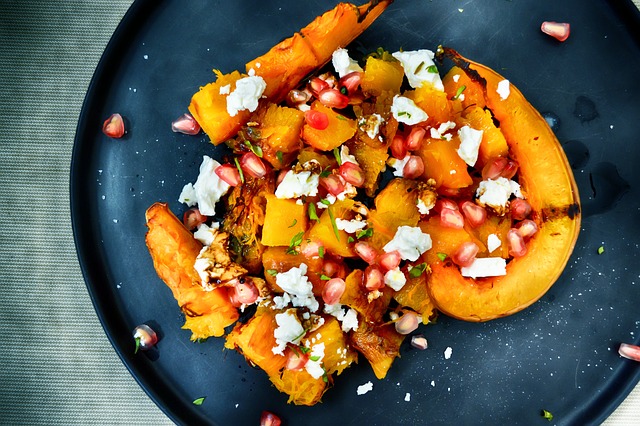 Is it better to eat higher carb foods in the morning or in the evening?

You’ve probably grown up under the assumption that you should eat more of your carbs in the morning to burn them off, right? And not to eat carbs past 2pm or some other arbitrary time because then they’re more likely to be stored as fat.

Another swing and a miss for conventional nutrition wisdom.

Now, before I go on, it’s important to note that we do all have different biochemistry and our unique needs may differ but if you’ve been told that you shouldn’t eat carbohydrates at night, that may very well be untrue!

Consuming higher carbohydrate foods in the morning actually does MORE to signal body fat storage than eating them in the evening. It doesn’t work to just plan to “burn off” those morning carbs throughout the day. We burn fuel through hormonal, enzymatic processes and the food we eat sends a message to the body and elicits a specific hormone response.

“Burning off” food doesn’t happen the same way for everything you eat. Foods high in starch and sugar break down into glucose (or sugar) and require larger amounts of insulin in order to get the glucose into the cells to be used for energy. High fiber, non-starchy carbs from vegetables require much less insulin, as does protein. Dietary fat requires very little insulin. Years of eating foods requiring much insulin can result in insulin resistance. Insulin is one of the chief hormones affected by what you eat and will signal your body to store energy (aka store fat in the insulin resistant person).

To encourage fat burn and work WITH the natural hormonal cycles of your body, it’s best to keep your meals throughout the day higher in fat and protein with only high fiber, non-starchy carbohydrates (veggies). Whether or not your normal daily diet should include starchier carbs like potatoes, rice, other whole grains or not depends on your overall health, but if you are consuming them, your evening meal is actually the better time to do it.

This is true because of the hormonal environment of your body after an overnight fast. After not eating while you’re asleep, your insulin levels will drop and be at their lowest point of the day when you wake up. Eating a breakfast including high carb foods like cereal, muffins, toast, bagels, hash browns, orange juice, etc will cause a huge spike of insulin, which will signal your body to store energy, not burn through fat. It doesn’t matter if it’s low calorie, whole wheat, or fat-free (in fact, that makes the insulin spike worse!).

The sudden spike in insulin will be much greater when levels are at their lowest in the morning than later in the day. Throughout the day you have required smaller amounts of insulin and kept levels more stable by consuming those higher fat, protein, and slow burning carb choices. When you have that evening meal, your body’s insulin response will not be quite as stark.

Another hormone to take into account is cortisol. Your level of cortisol should be highest in the morning when you wake up. Because of our stressful lives it often isn’t but that’s a discussion for another day. Let’s pretend it’s as it should be for now. Cortisol is supposed to rise throughout the overnight hours and then peak in the morning to help you wake up. It then falls throughout the day as part of your circadian rhythm.

This peak of cortisol in the morning can actually help with fat loss by mobilizing fatty acids from your fat cells. But a great way to stop that process is to spike insulin! High insulin and high cortisol (consistently) are not a good combination for encouraging your body to burn fat. So, when cortisol is at its highest in the morning and insulin is at its lowest, you should keep that train moving towards the fat burn station by fueling it with fat, protein, and non-starchy carbs.

Of note, if you exercise before dinner your muscles will be especially primed to receive the glucose from those carbohydrates and you’ll be even less likely to store them as body fat. You’re likely to have burned through the stored glucose and glycogen (stored glucose) and your body will take those carbs you consume and use them to replenish your stores of glycogen.

Carbohydrates also can increase tryptophan which in turn increases serotonin production. That’s one reason why you might feel happy but a bit sleepy after eating them. This isn’t great for your morning meal, but it is great for the evening!

Also worth mentioning is that the type of carb still matters! What I am NOT saying is that it’s fine to eat pasta, bread, cookies, cake, cereal, bagels, muffins, pretzels, etc. as long as you eat them at night. Those highly refined carbohydrates are not serving any nutritional purpose and are going to hinder fat loss goals. They’re also deficient in nutrients and will strip away important nutrient stores from your body when you metabolize them.

The type of carbs I’m suggesting you save for your evening meal are the starchier vegetable carbs like potatoes, sweet potatoes, winter squashes, beets, and similar veggies or whole grain carbs like quinoa, brown rice, millet, amaranth, or other similar whole grains.

One last tip. If you are trying to lose body fat, only have those starchier carbs a few days per week. Save them for the days when you are exercising since you’ll be burning through more stored glycogen on those days.