You know those general labs you get done for your yearly physical or other routine check ups? They usually involve the CBC (complete blood count – hopefully WITH differential), Complete Metabolic Panel, and a lipid panel.

I don’t know about you but I used to only really pay attention to glucose, lipids, and if anything else was glaringly out of range I’d google it. And even then, when I have had various markers low or high, I was usually told by the doctor that it wasn’t a big deal and not to worry about it. (Okay, but they’re out of range for a reason, right?)

So, I never gave much thought to all those markers listed on the tests. 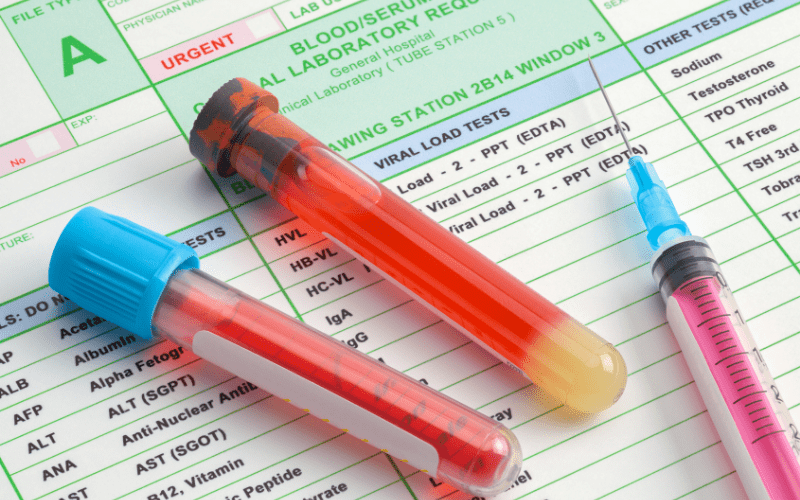 Who the heck knows (or cares) about all those enzymes with weird names. Glucose was more interesting to look at because I knew I didn’t want that too high and cholesterol was interesting because everyone knows you also don’t want that too high and you want to make sure your LDL is low (ooo baby, MUCH more on cholesterol in another post. Stay tuned).

Well, let me tell ya. Since starting a course on Functional Blood Chemistry, I’ve come to learn that there is a TON we can glean from those standard lab markers; and YES, it does actually matter when they are out of range. Your body is sending a message.

In these next 5 posts (and frankly, maybe more, we’ll see), I’m going to point out some facts you might not know about those basic lab tests and some great info you can learn about your own health.

Alright, let’s get to it. Topic #1 of what you may not know about your routine lab work.

Interpreting your labs is not as simple as markers being within the “normal” range.

There are three main points I want to break down here. First, your “normal” value may not actually be normal. 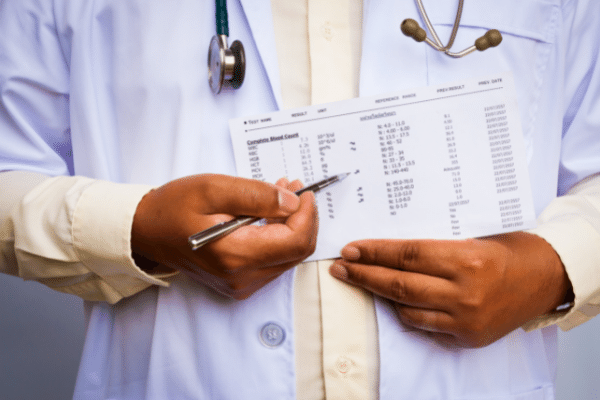 There are a lot of things happening inside your body at every moment. There are chemical reactions and substances and substrates acting on one another, bacteria, fungus, and yeasts communicating and playing various roles, cells searching for and fighting off pathogens, and a million other things going on all the time.

Because of all this, there are many factors that can be influencing how certain nutrients, enzymes, electrolytes, lipids, and various other cells behave.

And, if you have two opposing forces that could alter a specific marker both acting at the same time, you could have one thing pulling it UP while something else is pulling it DOWN. What you’re left with is a blood marker that looks normal.

The problem here is that if you do indeed have different determinants acting on a marker, each of those could be something that is worth paying attention to. But if we are just looking at the normal range listed and saying, “yep, that’s good, it’s in range” we might miss a trend pointing to a deeper issue.

Wouldn’t you want to know sooner rather than later if you’re headed towards a bigger problem?

There is a common culprit often behind one side of these opposing forces, and that is dehydration. When you are dehydrated, your blood is going to be more concentrated and therefore the nutrients and substances in the blood will be higher because in order to get the needed volume of blood into the test tube, they would be taking a higher concentration.

Dehydration can affect many markers, including sodium, potassium, chloride, BUN (blood urea nitrogen), creatinine, albumin, and globulin. Each of those can be elevated when the blood is more concentrated. But you could also have other factors at play like a diet consisting of too little protein or a compromised digestive system so you’re not actually absorbing the protein well. That could pull down the BUN and creatinine and would be important to know.

So if you are experiencing cellular dehydration AND a low protein diet, those two particular markers might appear normal because you have one thing that would push them low but then an increased concentration because of the dehydration, making the value appear higher than it would be if you weren’t dehydrated.

A quick glance down the line of electrolyte and kidney markers where things look “normal” and this could easily be missed.

Or, your body could be a bit burned out from dealing with various sources of chronic stress (physiological, emotional, or otherwise), and your adrenal output might be compromised. This can lead to low aldosterone, a hormone that regulates sodium. Low aldosterone means low sodium but if you have that in addition to being dehydrated, again, this could look like “normal” sodium.

There are other examples of this but I think you get the point. So, how can we actually know if what is listed as normal on our labs are indeed normal or not?

Well, unfortunately, there isn’t a totally simple answer. We have to look at your labs as a whole along with the symptoms you are experiencing. We have to take the whole person into account, because you are not a collection of different parts and lab markers. You are a complex and multifaceted organism. As I’m learning, it is really a bit of an art to interpret and understand these blood markers. But that is exactly what I am so excited to be able to help my clients do!

Speaking of you being complex and multifaceted, we’ve arrived at point #2:

There is a difference between “normal” lab ranges and optimal lab ranges.

There are a few ways that reference ranges are determined but basically what is the normal range for one lab might be different than another. These ranges are based on what 95% of a “healthy population” falls under. This can be quite hard to define though, especially these days when the rate of chronic diseases are so high. 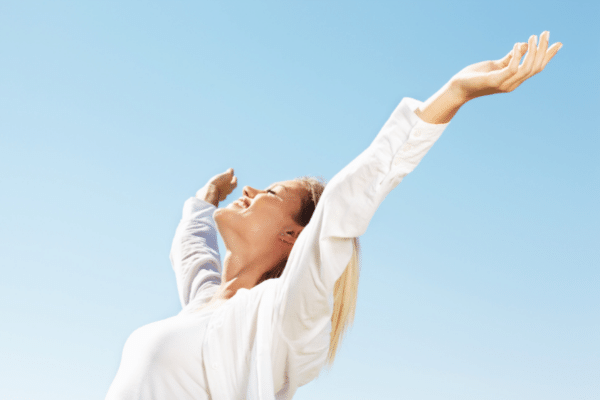 .Plus, there is a difference between optimal and normal. If we look within a tighter range for a particular marker, where a person is more likely to feel their best, we can be aware of trends toward dysfunction early, instead of waiting until the issue has progressed to where it’s out of range.

Blood glucose is an example of this. “Normal” fasting blood glucose goes up to 99 mg/dl but then 100 is considered prediabetic. So, 99 you’re normal, and 100 you’re almost diabetic? A more optimal upper limit is below 90mg/dl because that is where the person is most likely to be experiencing more regulated blood sugar (though there is more to this as well. Another topic for a different post!)

Point # 3. It is possible to be “out of range” and still be totally fine.

Cholesterol is an example of this. Because it is way more complicated than just “good, bad, and total” cholesterol, we can’t just look at each of those markers alone (or even the three of them together) and make major decisions about a person’s health with them.

Total cholesterol doesn’t mean as much as you might think, first of all. That’s like knowing the total score of a football game but not the breakdown between teams. And even when we look at LDL, the so-called “bad” cholesterol, there are further breakdowns of types of LDL that actually give a more accurate picture of a person’s heart disease risk.

Plus, we also have to look at cholesterol in reference to other markers being tested. But, again, that is a topic for one of the upcoming posts.

So, the main point of all these points, is that we have to recognize there is more than meets the eye with your blood tests. Your in-range value might not be as normal as we’d hope, the reference ranges are not necessarily indicating what is actually optimal for good health, and there can be instances when it’s actually okay to be out of range.

That’s why it’s important to make sure your doctor is looking at you as a whole person or talk to someone who will. You know, like me! I will do a thorough assessment of your symptoms, your current and past dietary habits, lifestyle factors, AND your blood work. That way we have a much more comprehensive picture of your particular situation. Then we work together to best support your body and health.

How about a quick discovery call to see if Nutritional Therapy can help improve your labs (and how you FEEL)? Let’s chat! (it’s free!)